Thinking in SQL with Django 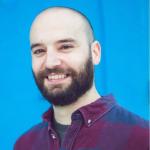 But the boss in accessing relational data is SQL. ORMs came later. In fact SQL first appeared in 1974!

This talk shows how thinking in SQL first can result in very efficient data access in Django.

And how the Django ORM provides all the tools needed for this code to be easy to read and maintain.

The talk is inspired by a blog post Joseph wrote a couple of years back: Retrieving related data in Django.

Joseph has worked as a software engineer for 15+ years. A decade of which with Python, Django and the dynamic ecosystem around Django.

All code and functionality discussed during the talk are at the Github repo here. Including references.