Make the most of Django 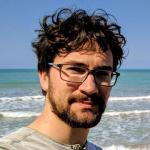 Django is one of the longest running open source web frameworks but despite this it is still one of the best around and continues to be actively developed.

Approaching such software can be intimidating to a novice developer as well as an experienced one because it is the result of over 15 years of excellent developers work and it would take a long time to get to know it thoroughly.

In this talk we will see together the way I found for anyone to take full advantage of Django while contributing to its success and that of its community.

I’m Paolo Melchiorre, a longtime Python backend developer who contributes to the Django project and gives talks at tech conferences. I’ve been a GNU/Linux user for over 20 years and I use and promote Free Software. I graduated in Software Engineering and I’m an alumnus of the University of Bologna, Italy.

I’ve been working in the web for 15 years and now I’m the CTO of 20tab, a pythonic software company, for which I work remotely.